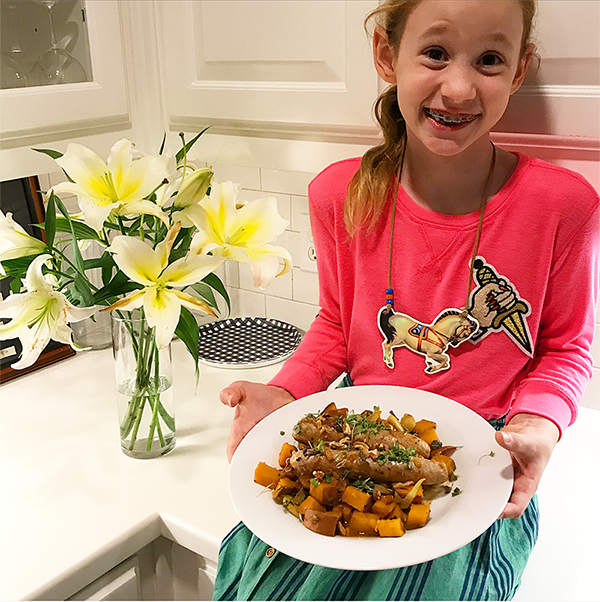 Riley & John make up the father-daughter team behind ATL's favorite jewlery company, Gunner & Lux. The duo cooked a G&G meal kit together & we've got the pictures to prove that their teamwork really does make the dream work.

"When our Garnish & Gather bag came to the door we were pretty excited. Our 8-year-old daughter Riley has been on a serious health kick for her dads for some time now… She made one of us give up Coke Zero, start drinking tons of water, start exercising (Riley is our coach), and watch how much dessert we were eating. So having a healthy, locally- sourced meal delivered to our home with super easy instructions was right up her alley! 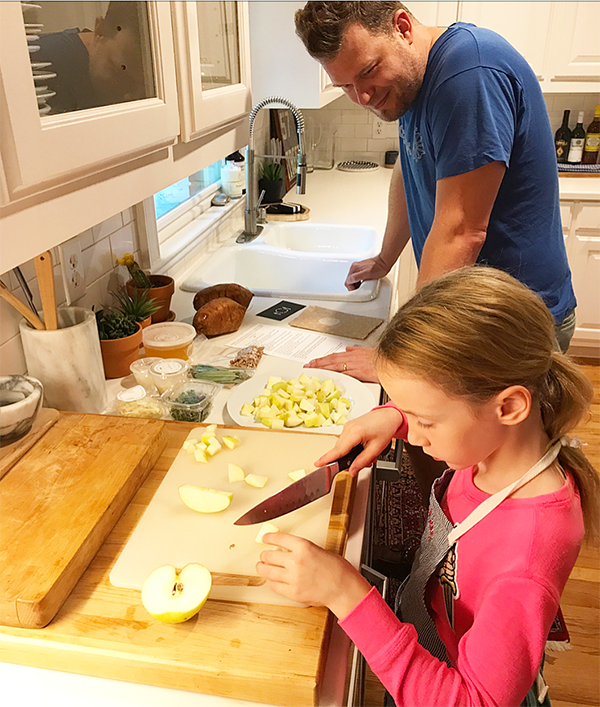 Riley put on her cooking apron and she was ready to go.  She read the instructions out loud, and as a family, each of us helped on each stage of the cooking process. 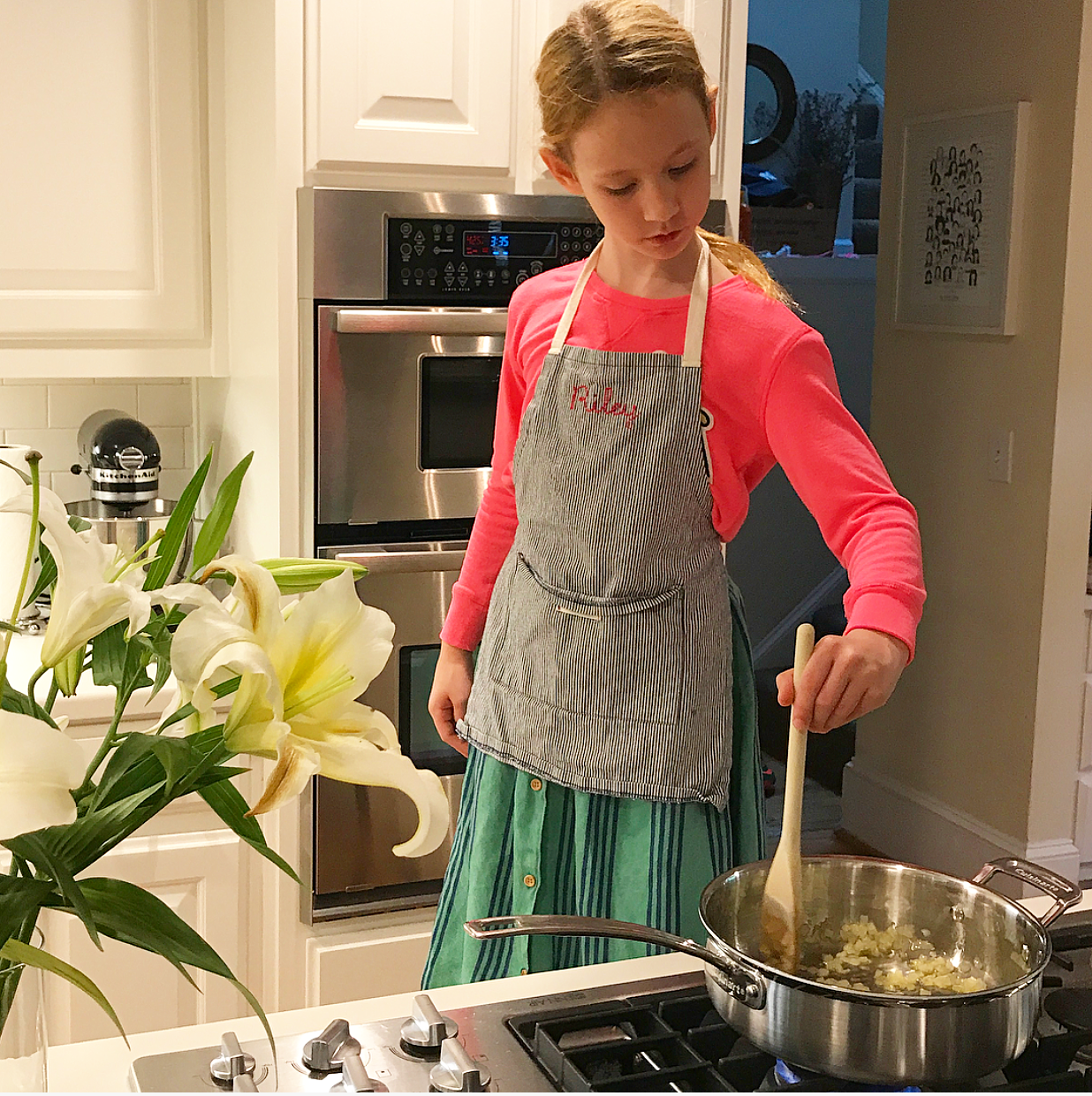 Since the meal took less than 30 minutes to make, she stayed focused and helped delicate the entire way.  When our meal was ready and we all sat down at the kitchen table to eat, Riley had a giant proud smile on her face.  We had so much fun as a family making the dinner together. We are officially fans of Garnish & Gather." 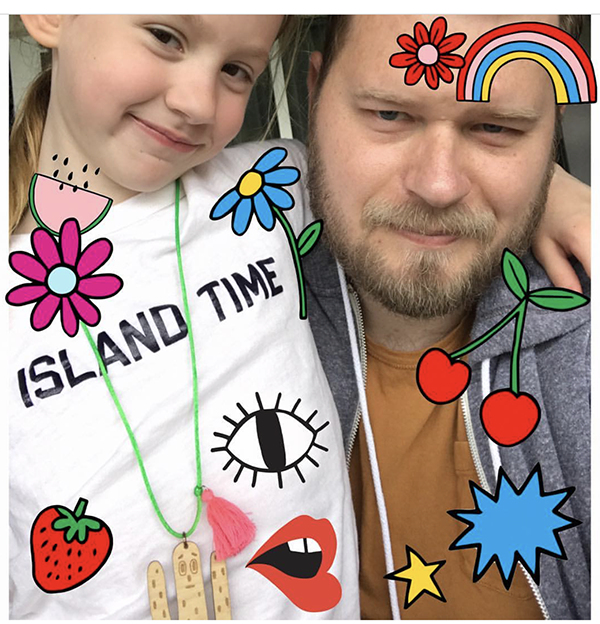 John started collecting vintage jewelry for his eight-year old daughter Riley when she was born, knowing there would be a time when she would want to play "dress up" while she danced in an imaginary costume ball. Since neither of her dads wear jewelry, they searched thrift stores, antique stores, and asked friends and family for jewelry that they didn’t use. Within just a few short months they had collected a treasure chest of amazing jewels.

As Riley grew, she picked out the jewels she wanted to keep, and John decided to try his hand at crafting a one-of-a-kind women’s necklace. Riley wanted to watch, and before John knew it, she was helping him create the first Gunner & Lux necklace.

John’s first necklace was a success, and he quickly started selling necklaces online and in local boutiques. Riley continued to show a knack for making jewelry, so after dinner she and John worked on necklaces together. Using her fine motor skills, she learned how to tie knots, use pliers, and tweezers as she developed her own line of necklaces for little fashionistas!

Selling her necklaces at her summer lemonade stand, and then on her website, and now in stores all around the world including Barneys NY… Riley and John, together have created something truly unique. 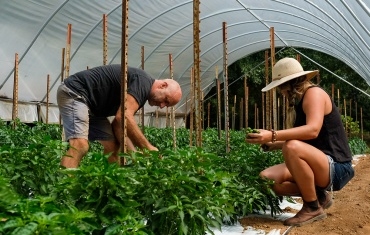 A Look into Crystal Organic Farm 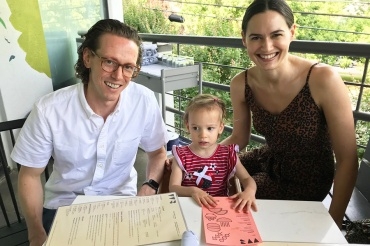 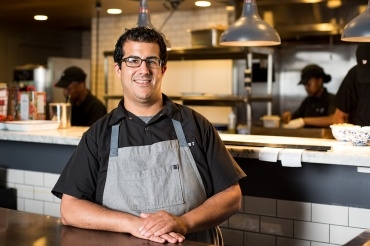